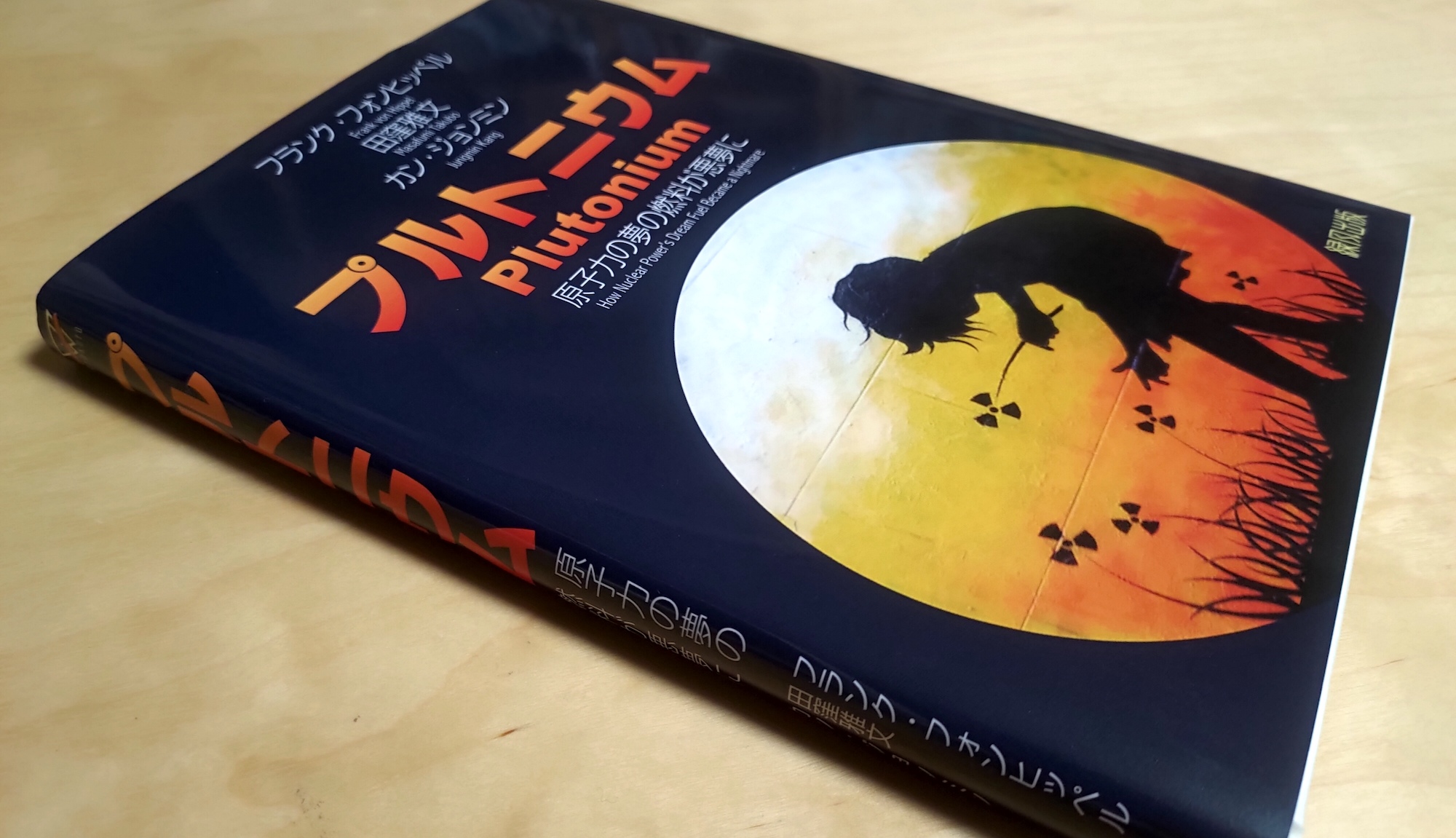 Plutonium: How Nuclear Power's Dream Fuel Became a Nightmare, a book co-authored by Frank von Hippel of Princeton University’s Program on Science and Global Security; Masafumi Takubo, a leading Japanese expert on nuclear-energy policy; and Jungmin Kang, former Chairman of South Korea’s Nuclear Safety and Security Commission – all members of the International Panel on Fissile Materials – has been published in Korean and Japanese translation. The English edition was published in 2019.

Co-author Takubo, who has worked for over three decades to reform Japan’s nuclear policies, translated the book into Japanese. In the hope of raising the awareness level of the issue among Japan’s politicians and public before the election of the Lower House of Japan’s Diet (Parliament), to be held on Oct. 31, complimentary copies of the translation are being sent to members and Japanese media companies, journalists, specialists and activists against nuclear power and weapons.

The lead author, Frank Von Hippel is a co-founder of the Program on Science & Global Security and was among those who advised the Carter Administration, which decided in 1977 to terminate the US civilian plutonium program and also Congress, which finally ended the program during the succeeding Reagan Administration.

The English edition has received positive reviews, including in:

Arms Control Today, “Its economic and scientific arguments are compact, thoroughly documented, and clear even to lay people. For policymakers and the public, it provides a clear picture of a dream whose claimed benefits have all evaporated but whose danger remains ominously present.”

Bulletin of the Atomic Scientists, “an impressive study of technological struggle and ultimate failure, and of plutonium’s journey from regard as a vital energy asset to an eternally troublesome waste.”

Journal of Peace and Nuclear Disarmament, “a powerful book that leads the reader deftly through technical, policy, social and economic arguments to arrive at their conclusion: the world will be safer if the separation of plutonium is banned.”