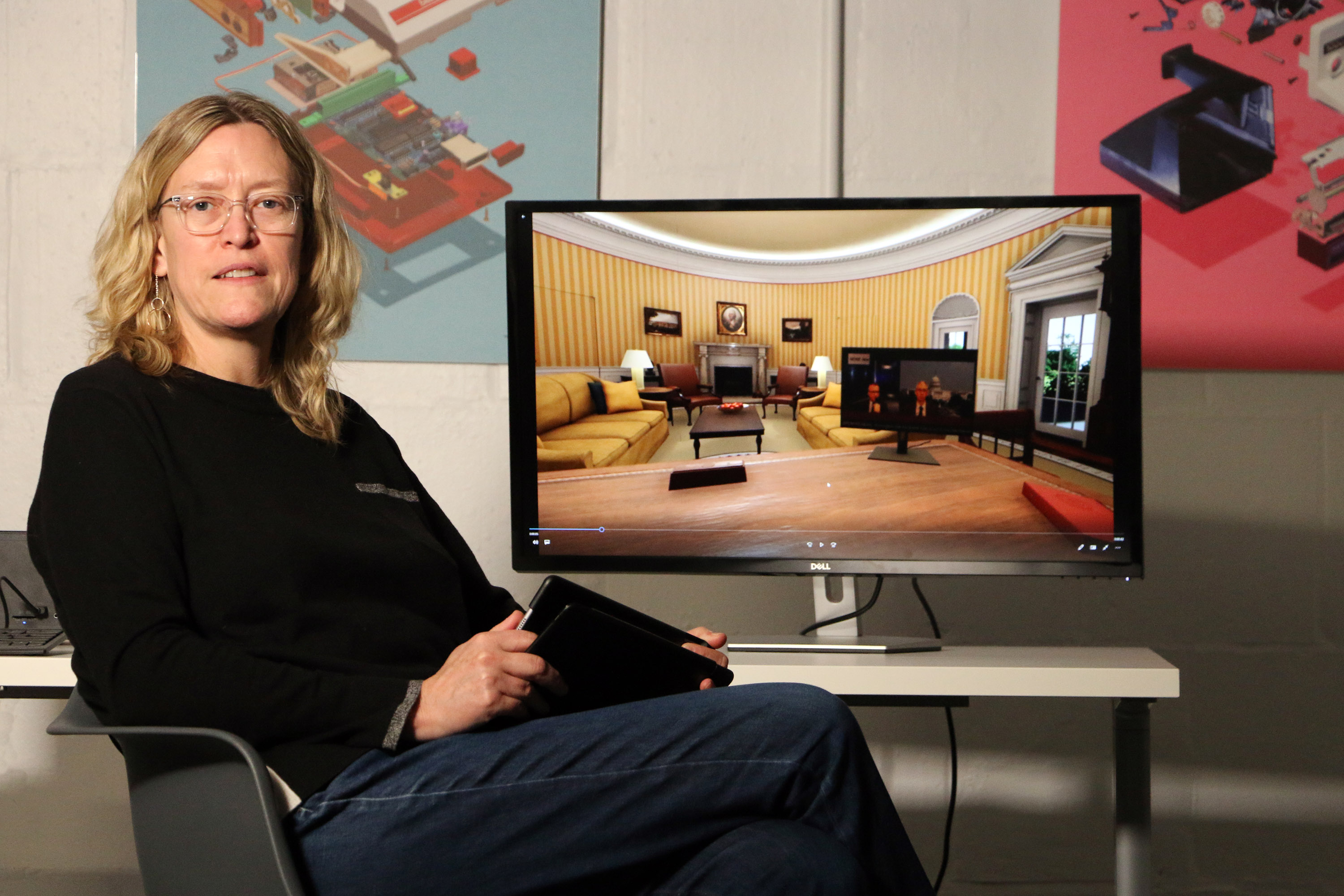 Senior government officials, national security experts, and civil society leaders at the Munich Security Conference in Germany engaged with a pioneering virtual reality (VR) simulation of presidential decision-making in a nuclear weapons crisis developed by an international team led by Sharon Weiner, a visiting researcher at the Program on Science and Global Security and Professor at American University’s School of International Service in Washington, DC.

The VR simulation offers a first-hand experience in how a decision to launch nuclear weapons might unfold under current U.S. nuclear strategy and protocols. Over the course of 15 minutes – the decision-making time that might actually be available to a U.S. president – participants are faced with choices and have the opportunity to interact with advisors, ask questions, and determine a course of action.

“Our goal in creating this virtual reality experience is to force people to grapple with the consequences of current U.S. nuclear strategy. In a crisis, any president would have little time to make a decision of enormous consequence. VR allows people to experience this problem first hand. We hope to not only raise awareness about the dangers of current US nuclear policy but to use the experience to better understand how people are likely to behave in a nuclear crisis,” said Sharon Weiner.

Initial responses from the conference, a major annual global gathering on foreign, defense and security policy, are that the VR experience can have a dramatic impact. “You walk into that simulation and come out a changed person,” said Ambassador Richard Burt, who served as President George H. W. Bush’s chief negotiator in the Strategic Arms Reduction Talks with the former Soviet Union.

Ivo Daalder, who served as US ambassador to NATO from 2009-2013 said “This simulation shows how truly terrifying it would be if a president had to decide on launching US nuclear weapons in the few minutes after receiving warnings of an incoming strike — and why we need to do everything we can to prevent such a situation from ever occurring.”

“There are no good options with the current nuclear posture. All politicians should go through this sobering experiment,” said Chantal de Jonge Oudraat, President of Women in International Security an international non-governmental organization dedicated to advancing the leadership and professional development of women in the field of international peace and security.

The concept, project and VR experience are designed by Sharon Weiner, a former Program on Science and Global Security postdoc who is an award winning national security scholar with extensive experience in government, including working in both houses of Congress, the Pentagon’s Joint Staff, and the White House Office of Management and Budget. She holds a 2018 Carnegie Fellowship, which supports her Princeton research while on leave from American University.

Weiner is collaborating on the project with Moritz Kütt, a former postdoc at the Program and now a senior researcher at the Institute for Peace Research and Security Policy at the University of Hamburg. The project also includes Bruce Blair, a research scholar at the Program who was a U.S. nuclear missile launch control officer and is a founder of Global Zero, an international movement for the elimination of nuclear weapons. Global Zero arranged the demonstration of the VR experience at the Munich Security Conference.

The VR programming, troubleshooting, and inspiration were provided by Holosphere VR an immersive technology company based in Birmingham in the UK which is committed to promoting positive change in the world and solving real-world problems.

The project has received generous support from Global Zero as well as the Carnegie Corporation of New York, the School of International Service at American University, and the Institute for Peace Research and Security Policy at the University of Hamburg.