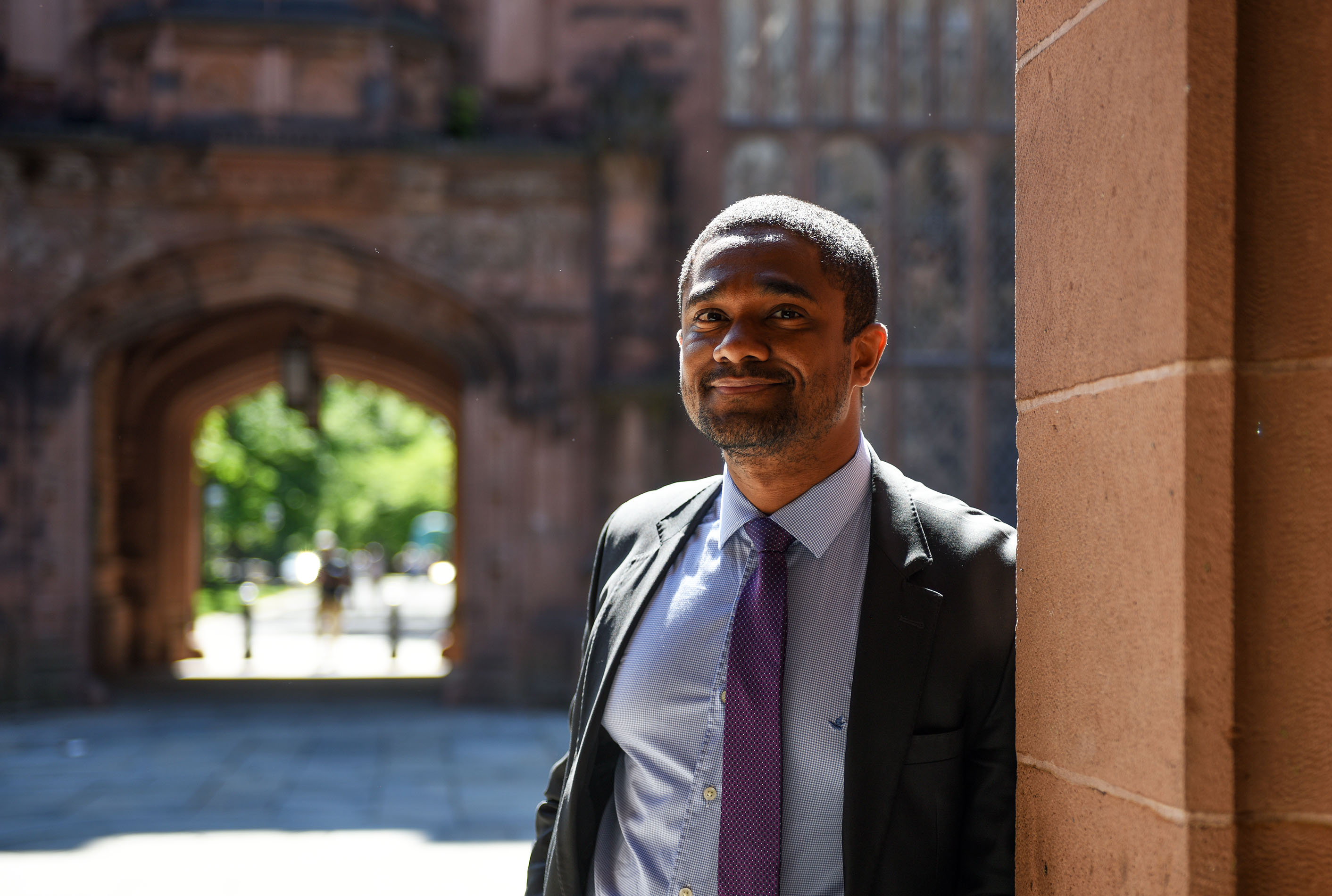 As part of the United Nations International Decade for People of African Descent, a global civil society initiative involving 62 countries has selected Ernesto Mané of the Program on Science and Global Security as one of the 100 Most Influential People of African Descent under 40 years of age for 2019. His award is in the area of politics and governance and is given in recognition for his work as a diplomat and expert on international peace and security. He was the only scientist given the award this year. The award was presented at the United Nations in New York.

A nuclear physicist by training, with a PhD from the University of Manchester, Mané is on leave at Princeton for a year from his position in the Brazilian Ministry of Foreign Affairs. As a diplomat in the Disarmament and Dual Use Technology Division, he has had multiple responsibilities, including the Convention on Certain Conventional Weapons, the Convention on Anti-personnel Mines, the Convention on Cluster Munitions and the United Nations Arms Trade Treaty, as well as for export control regimes (Nuclear Suppliers Group and Missile Technology Control Regime) and the Preparatory Commission on the Comprehensive Nuclear Test Ban Treaty Organization.

Mané has represented the Ministry of Foreign Affairs in high level Working Groups within the Brazilian government to draft the country’s national nuclear policy. He served as the national point of contact for Brazil on United Nations Security Council Resolution 1540, which seeks to prevent non-State actors from attempting to develop, acquire, manufacture, possess, transport, transfer or use nuclear, chemical or biological weapons and their means of delivery. He also is part of Brazil’s policy making and engagement with the international community on unmanned aerial vehicles (drones), lethal autonomous weapons systems (killer robots), and with the United Nations Program of Action to Prevent, Combat and Eradicate the Illicit Trade in Small Arms and Light Weapons.

In 2018, Mané was selected as one of 25 young diplomats from around the world for the United Nations Fellowship on Disarmament. He was only the 6th Brazilian diplomat to be selected for this program, which has trained over 800 government officials from over 160 countries since its inception in 1979. Before joining the Brazilian Ministry of Foreign Affairs, Mané was a Postdoctoral Fellow at Canada's National Laboratory for Particle and Nuclear Physics (TRIUMF). He worked on experimental nuclear physics to study nuclear structure and fundamental symmetries in particle physics.

At the Program on Science and Global Security, Mané is working on scientific and technical analysis challenges of safeguarding nuclear fuel for nuclear-powered submarines and on nuclear disarmament verification. “We have been extremely fortunate to have Ernesto join our team this year,” said Alex Glaser, one of the co-directors of SGS. “Ernesto is a great example of a young scientist and public servant seeking creative ways to inform and impact national and global nuclear policy making to help move us towards a safer, more peaceful world. We hope his work and well deserved award will inspire other young scientists, especially from countries without nuclear weapons, to pursue careers in nuclear arms control and disarmament policy and bring new perspectives and new ideas to help address this profound global security challenge.”