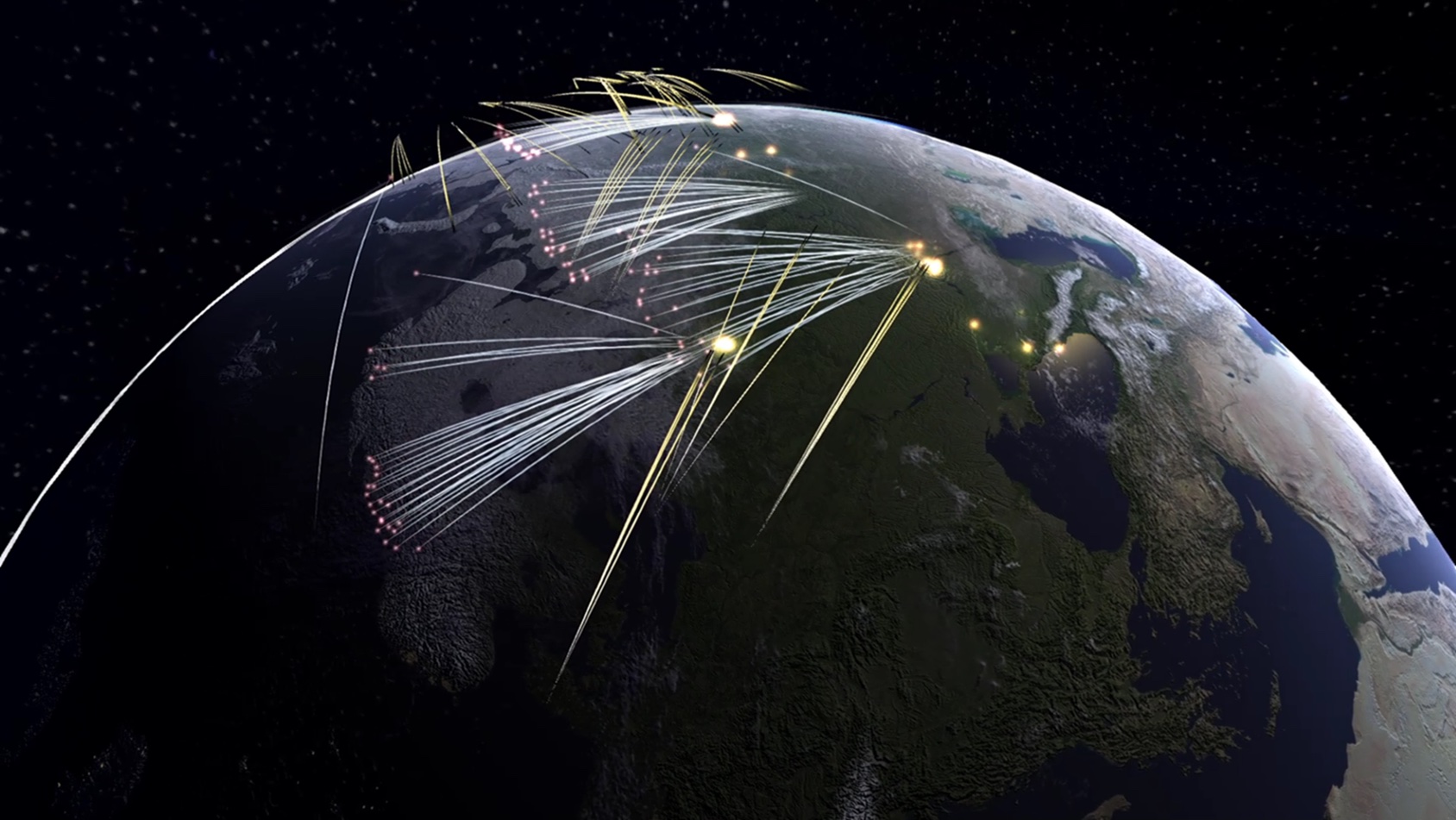 Still from the Nuclear War Simulator by Ivan Stepanov

This project is aimed at developing a new simulation to explore nuclear war between the United States and Russia and the role of the current fleet of 400 on-alert silo-based intercontinental ballistic missiles (ICBMs) in U.S. nuclear strategy and plans. The United States intends to replace its existing fleet of Minuteman III missiles which came into service in the early 1970s with a new generation, the Ground Based Strategic Deterrent to be deployed through 2075. Led by Sharon Weiner, this project seeks to highlight the potentially catastrophic consequences of US and Russian nuclear arsenals and war plans and choices about maintaining and modernizing nuclear delivery systems and challenge the utility of ICBMs by simulating nuclear exchanges involving a U.S. arsenal with and without ICBMs.

Building on the capabilities of the Nuclear War Simulator developed by Ivan Stepanov, this tool provides a high-resolution model and visualization of the effects of nuclear weapon blast, heat, fires, and radiation. A population density grid is used to estimate fatalities. Attacks on military targets are modeled using software developed by Moritz Kütt and include characterization of the accuracy of the weapon and target hardness.

The new project will assess the consequences of nuclear war under different assumptions. Attack scenarios are constrained by the size and capabilities of existing arsenals and weapons systems including delivery vehicle range, the footprint of the Multiple Independently targetable Re-entry Vehicles (MIRV) that carry nuclear weapons on ballistic missiles, and hard target kill capability. The simulation tool incorporates an atmospheric transport model to assess nuclear fallout for each attack scenario. The simulation and analysis are conducted by Moritz Kütt, Ivan Stepanov, and Sharon Weiner, with assistance from Zia Mian.

This initiative advances recent work at SGS on simulating a plausible escalating war between the United States and Russia, where the results were presented as a four-minute audio-visual piece, PLAN A.