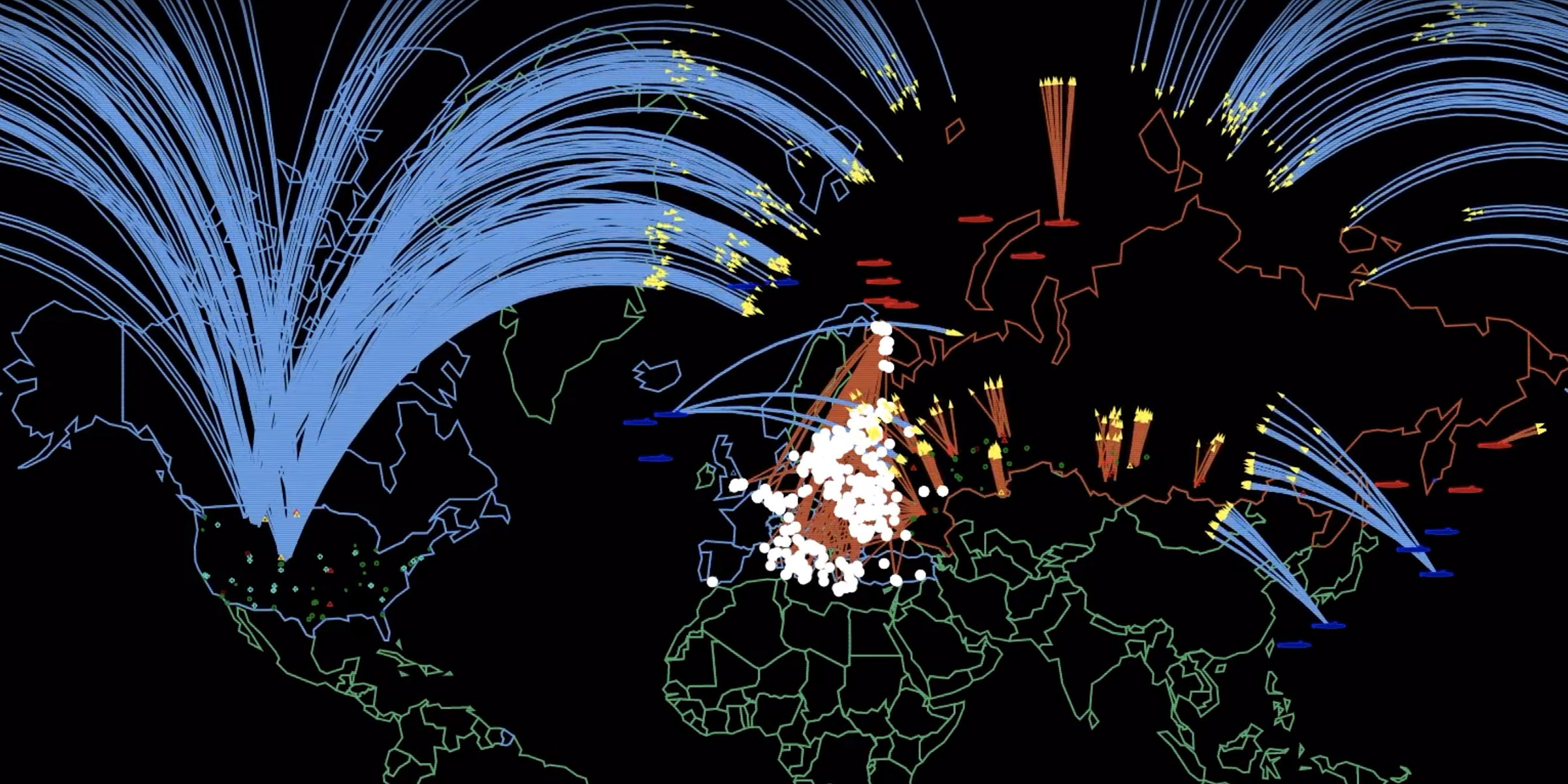 SGS developed a new simulation for a plausible escalating war between the United States and Russia using realistic nuclear force postures, targets and fatality estimates. It is estimated that there would be more than 90 million people dead and injured within the first few hours of the conflict.

This project is motivated by the need to highlight the potentially catastrophic consequences of current US and Russian nuclear war plans. The risk of nuclear war has increased dramatically in the past two years as the United States and Russia have abandoned long-standing nuclear arms control treaties, started to develop new kinds of nuclear weapons and expanded the circumstances in which they might use nuclear weapons.

This four-minute audio-visual piece is based on independent assessments of current U.S. and Russian force postures, nuclear war plans, and nuclear weapons targets. It uses extensive data sets of the nuclear weapons currently deployed, weapon yields, and possible targets for particular weapons, as well as the order of battle estimating which weapons go to which targets in which order in which phase of the war to show the evolution of the nuclear conflict from tactical, to strategic to city-targeting phases.

The resulting immediate fatalities and casualties that would occur in each phase of the conflict are determined using data from NUKEMAP. All fatality estimates are limited to acute deaths from nuclear explosions and would be significantly increased by deaths occurring from nuclear fallout and other long-term effects. The simulation was developed by Alex Wellerstein, Tamara Patton, Moritz Kütt, and Alex Glaser with assistance from Bruce Blair, Sharon Weiner, and Zia Mian. The sound is by Jeff Snyder.