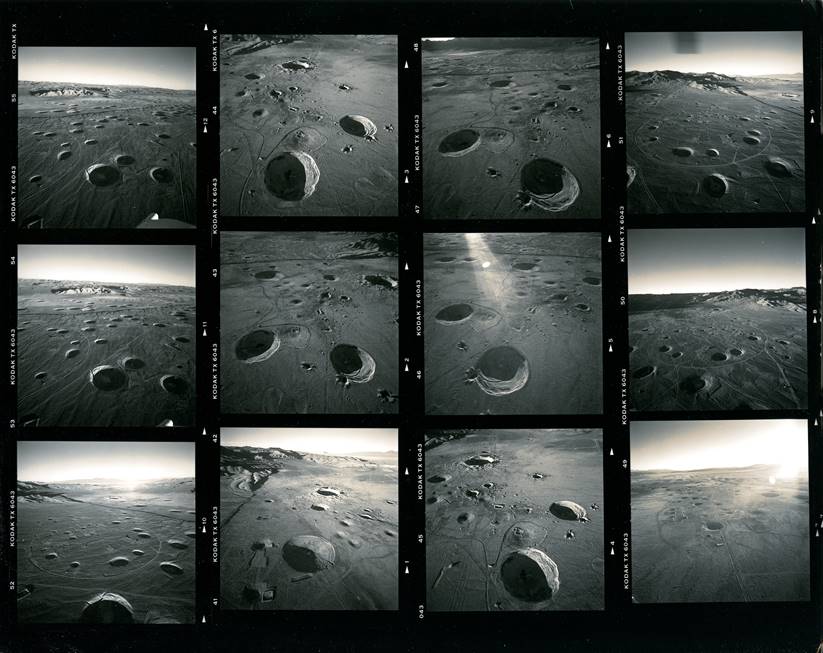 More nuclear bombs have been dropped on or have exploded in or above American soil than that of any other country in the world. Between 1951 and 1992, the Nevada National Security Test Site was the primary location for these activities, withstanding more than a thousand nuclear tests that left swaths of the American Southwest resembling the moon. Gowin remains the only photographer granted official and sustained access to the Nevada Test Site. For this project, he has revisited his original negatives, made in 1996 and 1997. These images, most of them never published before, show blast areas where sand has been transformed to glass, valleys pockmarked with hundreds of craters, trenches that protected soldiers from blasts, areas used to bury radioactive waste, and debris left behind following tests conducted as deep as five thousand feet below the Earth’s surface. Together, these stunning, unsettling views unveil environmental travesties on a grand scale.

"My first visit to the Nevada Test site was in 1988, I carried my camera and made a few pictures. In 1997, I photographed the Nevada Test site for the last time. The flights and images I made began to weigh on me. I began to feel a profound sense of dread and remorse. How much did it cost to do all these things? And in what ways are we still paying?"

About the speaker: Emmet Gowin has been teaching in Princeton's Visual Arts Program since 1973. A recipient of a Guggenheim (1974) and two NEA Fellowships (1977 and 1979), he has also received awards from the Southeastern Center for Contemporary Art (1983), the Seattle Arts Commission (1980), the 1983 Governor's Award for Excellence in the Arts from the State of Pennsylvania, the 1992 Friends of Photography Peer Award, and a Pew Fellowship in the Arts for 1993-1994. Professor Gowin received the President's Award for Distinguished Teaching at Princeton University in 1997 and the Behrman Award in 2006. His work is represented by Pace/MacGill Gallery in New York.