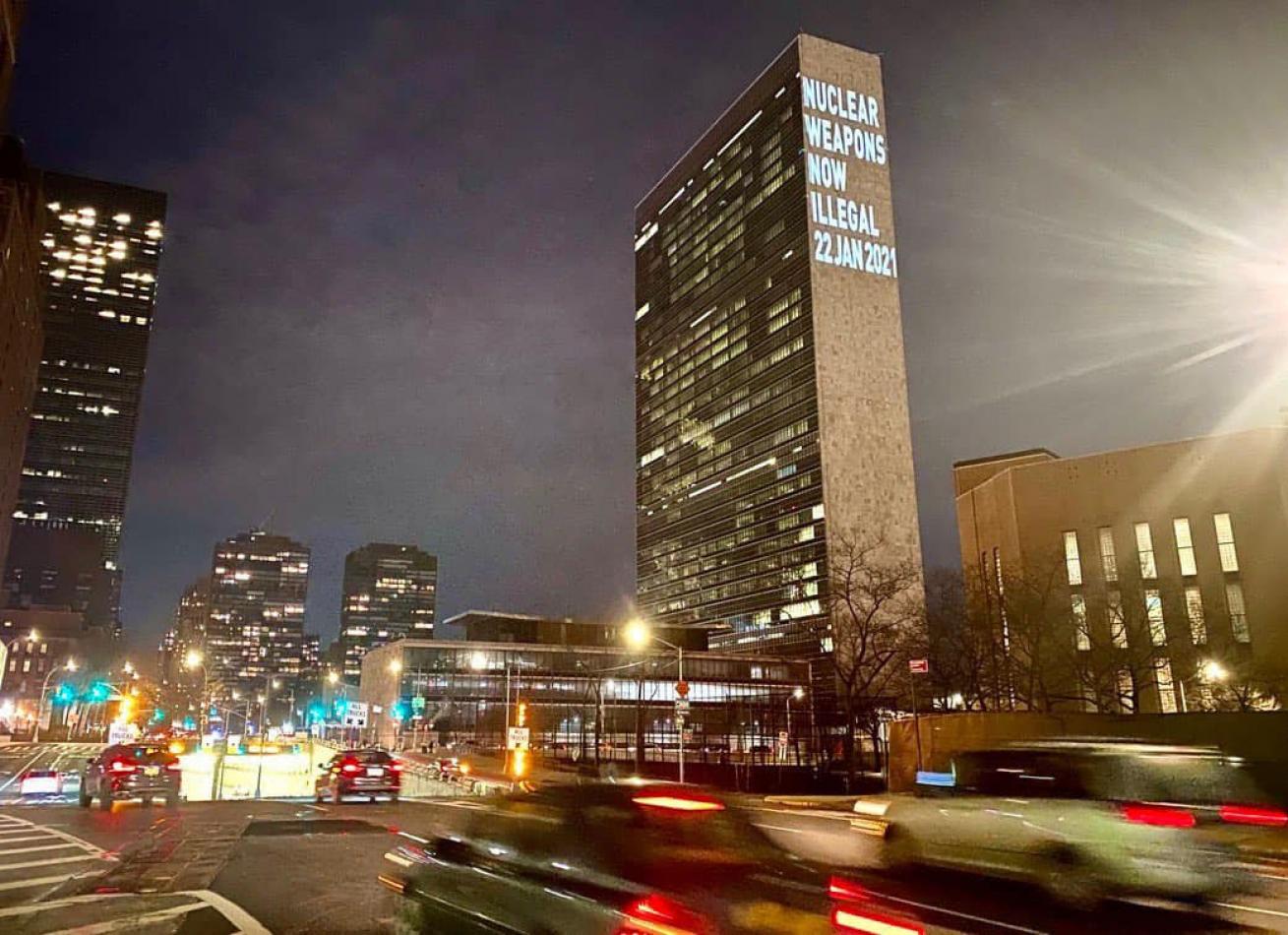 The Treaty on the Prohibition of Nuclear Weapons entered into force on 22 January 2021. Negotiated under a United Nations General Assembly mandate and agreed by 122 countries in 2017, the treaty offers principles, commitments, and mechanisms for ending the nuclear weapons age. The need for a ban on nuclear weapons was the subject of the first-ever United Nations resolution, passed in January 1946.

Article I of the treaty among other obligations, commits each party never under any circumstances to develop, test, produce, manufacture, otherwise acquire, possess, or stockpile nuclear weapons. It also forbids the use and threats to use nuclear weapons.

Faculty, researchers, and students at SGS have been actively involved in nuclear disarmament issues for many years, and worked with civil society efforts organized by the International Campaign to Abolish Nuclear Weapons (ICAN) and with officials from many countries on the nuclear weapon ban treaty. ICAN received the Nobel Peace Prize for its work leading to the treaty.

SGS researchers contributed analysis and recommendations on the obligations, implementation and verification options for the treaty and expect to continue to support the treaty process after entry into force.