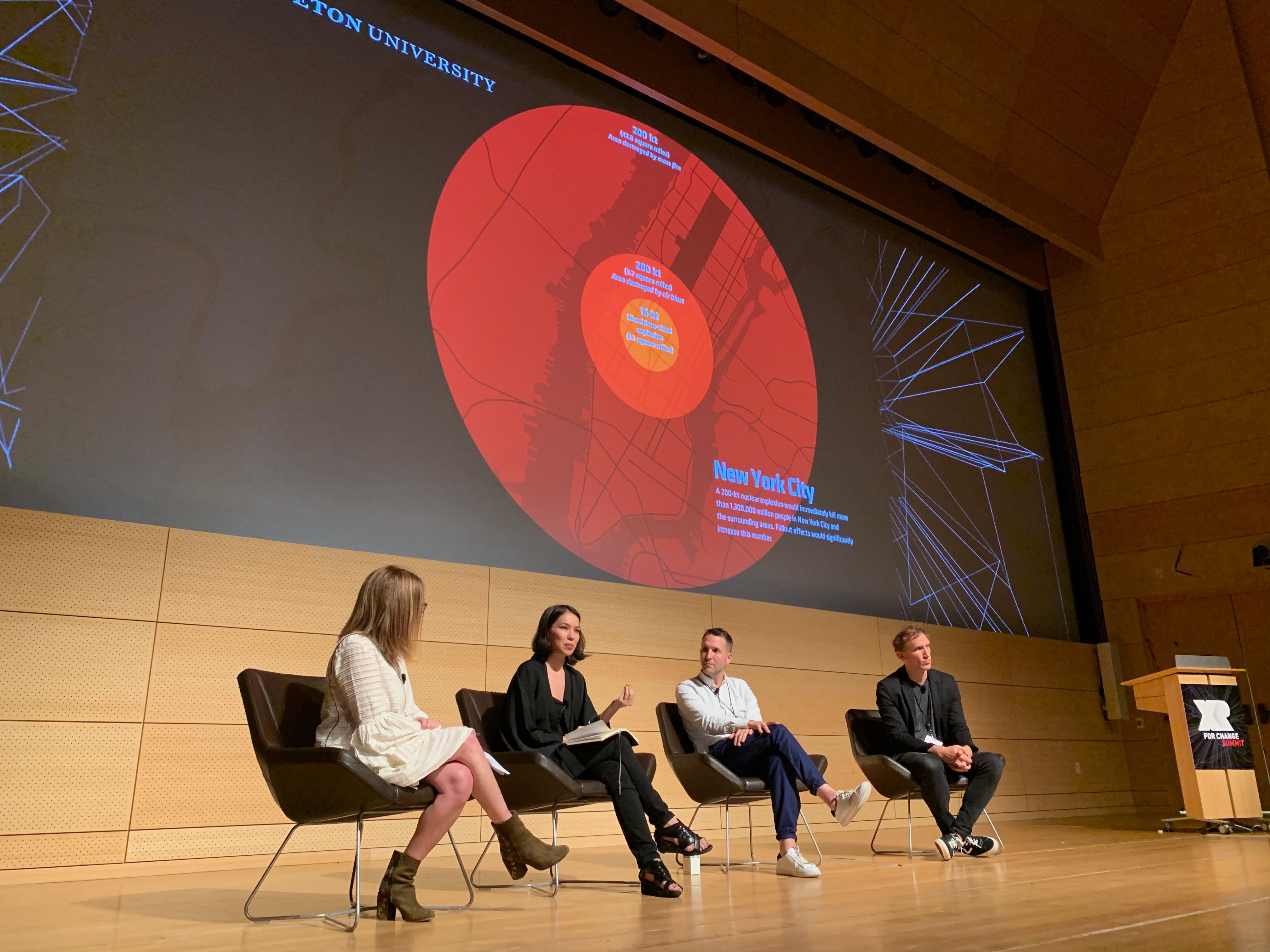 Tamara Patton presented one of the new SGS virtual reality projects at the XR for Change Summit in New York. It seeks to reenergize public debate on the threats posed by nuclear weapons in the twenty-first century by using a documentary VR experience based on the false ballistic missile alert sent via text messages to the people of Hawaii on 13 January 2018. The alert lasted 38 minutes before it was recalled.

The project is a collaboration between SGS, Games for Change, and Atlas V and Archer’s Mark, the creative forces behind award-winning non-fiction VR experiences Vestige and Notes on Blindness.The team aims to release the experience as a location-based installation at venues geared toward a public audience.

The XR for Change Summit showcases how immersive media is advancing social causes in a day of talks, workshops, and demos, with a wide range of participants including developers, storytellers, educators, and researchers using VR, AR and other immersive technologies in new ways. The summit is hosted each year by Games for Change, an NGO which works to empower game creators and social innovators to drive change using games and technology that help people to learn and improve their communities.